Constant Revision Is The Only Way - GoPro's Failure

In the modern world, there is a lot of complexity, and software is no exception. There's a hilarious xkcd that describes the splinter groups within hobbyist crazy straw fanatics, describing the fractal nature of such complexities.

One of the most annoying example of these comes with the complexity of publishing a polished high-profile mobile application. Within cameras we have digital cameras, within digital cameras we have the sports enthusiast market, within that market we have products like the GoPro. The GoPro announced The Hero 3 last year. WIthin the Hero 3 there are 3 editions. And for these editions there are mobile applications for both iOS and Android. The problem arises with the amount of effort it takes to launch applications like this.

It's maddening to see applications where it's evident that a lot of time was spent, but then they miss some of the most basic details. This is the case with the Hero 3 Android Application. I haven't tried it out, but despite all of the time it took to design, build, test, and launch the application, the team responsible for putting it in the store completely failed. 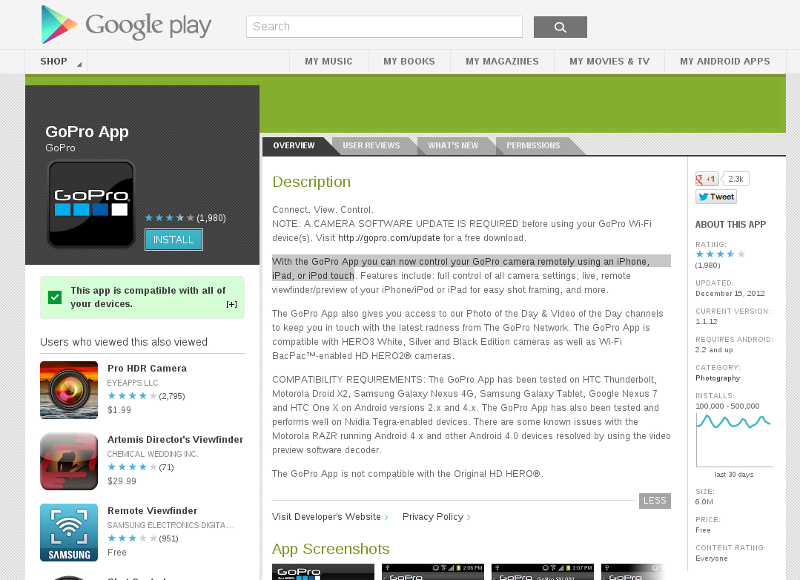 "With the GoPro App you can now control your GoPro camera remotely using an iPhone, iPad, or iPod touch." This is one of the main descriptions for the application in Google Play, the Android marketplace. How much work would it have been for the person who copied and pasted the description to fix this? How much work would it have been to tweak 3 words at any point when working on publishing updates?

Perhaps this is irrelevant, and it obviously hasn't hurt their brand or their sales, but it's still amazing that oversights like this happen, propagate, and persist. If you try to look at how to prevent and fix this paradigm, constant minor incremental improvements are the only way. Every day, try to do better than the day before, and don't like with broken windows.