A Year of Android Studio 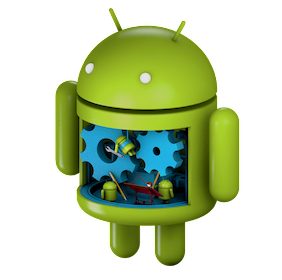 It has almost been a  year since Google IO 2013, where Google Announced a new IDE for Android, called Android Studio. Android Studio has been a major problem for developers and development companies since this date due to the schism between Eclipse and Android Studio.

Developers have to decide whether they build applications using Eclipse and Ant using the stable toolchain and tools they have been using for years, or whether to adopt the less stable and constantly changing Android Studio. What complicates this matter is that new Android capabilities and support and documentation is coming to Android Studio faster than Eclipse.

Grade at the Heart

Whether JetBrains or Eclipse have figured out the "best" way to build an IDE doesn't really matter to me as a developer. What matters most is that my toolset gets out of the way of me writing great applications.

This may be my naivete or lack of skills, but I find Gradle to be a terrible build system. It's not terrible from a feature set, or from it's logical architecture or flexible structure. It's terrible because it gets in my way. With Eclipse and Ant, the Android build system is exposed to me as a single file configuring the use of proguard. This file is optional. To get any Android application to work, I just need to tell Eclipse that it's an Android app, and it will handle the build process. My code will work if I create a new project, or if I move my code into someone else's system.

With Gradle, this process is bad. When I check out code from the internet and try to import it into my project, it fails. If I am missing one of the five gradle files that have meaningful configured content that I must protect, nothing is going to work on my application. Why is this build system trying to hard to get in my way?

Code sharing should be easy. To help developers learn to build applications for ChromeCast, they have created and released a starter project called CastVideos-android. This project is available publicly on Github here:https://github.com/googlecast/CastVideos-android

When I clone this project and attempt to import it into Android Studio, everything seems to go wrong. The first time I attempted to open it, it opened the /gradle/ folder, rather than the project file, meanining there was no source code. The second time I tried, I noticed that it wanted me to find the gradle.settings or build.gradle files, and I did that, but then my project wouldn't run because Error, configuration with name 'default' was not found. How am I supposed to fix that? Your default configuration is missing? Gradle is too complicated, and its use and existing right next to working code means it gets in the way of development.

SEPARATE BUILD AND DEVELOPMENT PROCESSES. I understand they are connected and should be as smooth as possible, but look at Yeoman and Grunt, these tools do the same thing Android Studio is trying to do with Grunt, but they do them much better.

Gradle may be great for huge teams or multi-year development projects, but I would argue that most of Android development doesn't happen this way. Android is most commonly used by small 1-5 person teams that need to write code quickly and get it out to users.